Bail Vs Bond: What is the difference?

Even those who have never been faced with this issue may be curious. There is a lot of confusion between bail and bond, and the two terms are often conflated and used interchangeably. There is, however, a difference between the two terms.

When a person is arrested, there are a few options for how they may be released. For certain common or less serious crimes, a bail amount is automatically set. For others, it may be anywhere from 24 to 72 hours after being arrested that the arrestee will appear at a bail hearing. At this court hearing, the court will often set a specific amount of money that must be paid to the court in order for that person to be released until the time of his or her trial. That amount is bail.

Bail is meant to ensure that the person has incentive to be present at the time of trial. Bail is the cash paid to meet the requirements of the court in order to secure release from jail.

There are guidelines as to how much the amount set for bail should be. These are based on the crime alleged, the defendant’s criminal history, potential danger and “flight risk” a defendant poses. If the defendant appears in court at the appointed time, the amount of bail paid to the court is returned to the person who paid it. 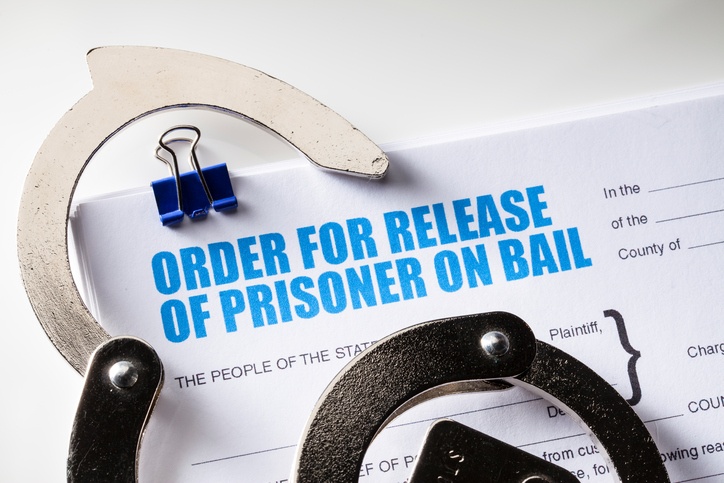 What is a bond?

When the defendant or a loved one pays the full amount of bail, the bond court holds the cash with the understanding that the defendant will appear for trial. This is called a cash bond and is an agreement (or bond) between the court and the person paying.

In some cases, the defendant is unable to pay the full amount of bail. In these cases, the defendant or a friend or family member may look into obtaining a bond from a bail bondsman. The bail bond company will charge a non-refundable fee and, in turn, will make arrangements with the court to secure the release of their client.

The bail bonds company’s fee is usually anywhere from 10 to 20 percent of the total bail amount and is non-refundable. The arrangement allows a defendant to continue to attend to normal daily responsibilities and life while awaiting his or her court date, rather than risking loss of income and remaining in jail for that period.

The bail bond agent typically signs a contract with the court called surety bond. This contract states that the agent agrees to pay the bail if the defendant does not appear for their scheduled court date. If the defendant does not appear, the agency could potentially lose a substantial amount of money. Because of this, many agencies require regular contact with their clients in order to ensure their appearance in court.

What is the difference between bail and bonds?

The easiest way to think of it is this:

If you need to understand these differences because you or a loved one is in need of bail, call 24/7 Bail Bonds today. Our bail bonds agents are fast and courteous. Will can help you understand your options and find solutions. With agents serving 12 counties in Southeast Georgia, we are here to help you.